Hey, I have been working on a new project website for digital Humanities and now it's finally here.  It's a project based on the book of Revelation and I am in a team with Jenn Stampfel. We hope to find interesting things about the imageries used in the book. So here it is and go check it out! (I did the banner myself! And all the coding of the html, css etc. are hand-coded by me!)

http://revelation.obdurodon.org
Posted by Brian Sébastien Xu at 1:43 AM No comments:

Posted by Brian Sébastien Xu at 10:08 AM No comments:

Coming Back Home from The Spring Break Adventure 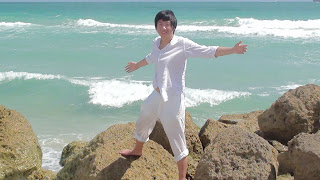 Spring Break Vacation was a great adventure for me this year and now I'm just glad to be home again.  It all started fun and anticipating as my friend and I boarded the flight from Pittsburgh to Chicago, with our final destination being Montegobay, Jamaica.  After hours of traveling, we were tired but thrilled to finally have gotten to the airport, only to find out minutes later that I was refused entry and had to head back to Miami.  I spent the whole night at a tiny, poorly furnished detainment room, waiting to get through the long night and get on the first flight back to the states the next morning.  Meanwhile, my friend, who had some interesting experience of her own. Some cab-drivers and hotel guests tried to pick her up and a mad man waved a gun in her face on her way back to the airport.  We were just relieved to see each other at the gate and thought we had enough excitement for a whole year. Well, at least for her.
But it didn't stop there. Apparently, Ron Jeremy was on the same flight with us and thank God everyone does know him.  Even the flight attendants couldn't stop giggling.  The man has been in more films than any person who ever walked the earth.  I have to say that I was tempted to get his autobiography.  From there, we stayed for 2 days in Miami and another 2 days in Orlando.  Between poor-last-minute-planning and woman's dramatic emotional outburst ( I claim that I have full respect for women, but there is something scientific about their behaviors.), we managed to somehow enjoy ourselves. I guess the Harry Potter world does help.  Until next time. =)
Posted by Brian Sébastien Xu at 5:29 PM No comments: 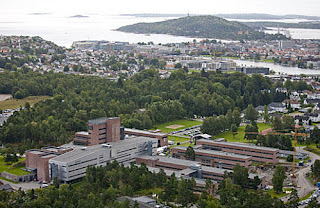 I'm currently considering applying to Universitetet i Agder in Norway for its summer program on European Union Integration.  I have been accepted to Josef Korbel School of International studies for a Masters program and it's most likely that I will be spending the next to years in Denver.  I have known the program in Norway for a while and I was always disappointed that I don't have a BA already, so that I can apply.  I sent an email to the program director the other day and got a very positive and encouraging reply.  Maybe it will be a great experience for a summer study/vacation. Maybe it will also look good on my résumé.  I hope I am making the right decision because I can't afford any more missteps at this stage of my life.  Living in the clouds certainly suits any Pisces who loves o escape the unsatisfying reality.  But I can't dream about water in baking heat.
Posted by Brian Sébastien Xu at 3:25 PM No comments:

This is my firs blog post in four years.  Well, it's been four years since I moved to Pittsburgh and now it's getting closer and closer for me to move away.  I wonder why it took me four years to come up with a single blog post.  The better question is, what have I been doing in the past four years.  I can simply say that I was doing my best to get through college.  Or was I?
I have learned things, things that are not taught in class. Becoming good at debating politics doesn't really help me find out who I am.  I certainly haven't got any outstanding accomplishment that I can proudly present to a stranger who barely has timely to criticize. But I have been true to my feelings and the experimental direction I took.  I wanted to find out what I really want in my life and what would make me not regret the choices I made and the time I spent decades later.  I want to find out what makes me me.  I still haven't gotten all the answers yet.  Maybe it will come to me when I wake up tomorrow morning.  Maybe it will never occur to me.
I have decided that being depressed is rather good for me sometimes, when I feel that I can't make it through the day and I want to run away.  Other times I try desperately to pull myself together.  Too much seems to be happening simultaneously and it overwhelms me.  No matter what it is, I wish I can sing through the day and hope that I will be falling asleep listening to a sweet lullaby just for me.
Posted by Brian Sébastien Xu at 3:02 PM No comments: